Uber Acquires Careem For $3.1 Billion As The Middle East Startup Pushes To Become A Super App

After months of speculation, it has been confirmed that Uber plans to acquire its Middle Eastern rival Careem in a deal worth $3.1 billion. The transaction value is expected to be a record for a Middle Eastern tech startup exit and among the highest globally for ride-hailing mergers and acquisitions.

As part of this deal, which is expected to close in early 2020, Uber will acquire Careem’s mobility, delivery and payments business across the greater Middle Eastern region, which includes operations in Egypt, Jordan, Pakistan, Saudi Arabia and the UAE. After pulling out of major markets like China and selling its business in Southeast Asia to Grab last March, Uber has been seeking new avenues of growth. 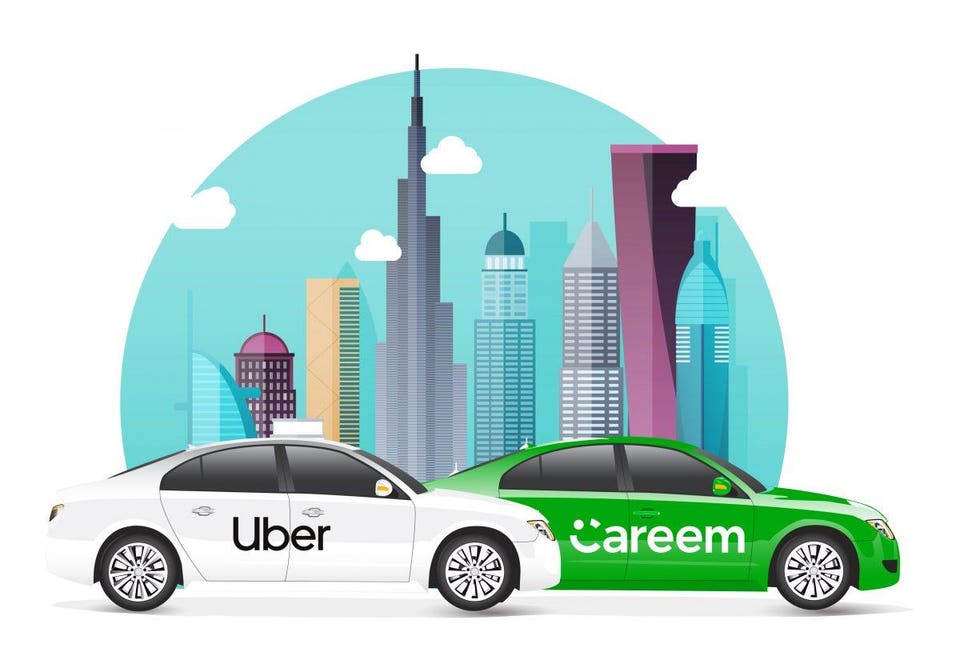 “This is an important moment for Uber as we continue to expand the strength of our platform around the world,” Uber CEO Dara Khosrowshahi said in a press release. “With a proven ability to develop innovative local solutions, Careem has played a key role in shaping the future of urban mobility across the Middle East, becoming one of the most successful startups in the region.”

Careem itself has been in the news of late, making its aspirations to evolve into an everyday lifestyle app much more overt. In recent months, Careem expanded into new markets across the region as well as tier two cities. Careem also leveraged the existing infrastructure built out for its ride-hailing service to launch online delivery for goods and services with initial efforts focused on foodservice. It also launched peer-to-peer, closed loop and prepaid credit transfer services to its consumer base. More recently, it introduced a rewards program, giving its 33 million users points on all rides.

“Joining forces with Uber will help us accelerate Careem’s purpose of simplifying and improving the lives of people and building an awesome organization that inspires,” Careem’s cofounder and CEO Mudassir Sheikha said in the press release. “The mobility and broader internet opportunity in the region is massive and untapped, and has the potential to leapfrog our region into the digital future.”

To take advantage of this potential opportunity in the region, Careem aspires to become an app focused on a consumer’s daily needs. By leveraging the synergies that come from combining different services within the same app, Careem expects to drive greater operational efficiencies and an improved customer experience.

“In a single platform, we can build a more holistic view of the consumer,” Sheikha explained in an exclusive interview with Euromonitor in February.

Careem is evolving into what some in the industry call a super app, which is a do-everything mobile app, with the best combining all aspects of a consumer’s world into a single platform. These apps first emerged in Asia. While many super apps like China’s WeChat are rooted in messaging, others, such as Indonesia-based Go-Jek, and Singapore-based Grab started in transportation. The idea is that companies can leverage their existing infrastructure to generate new revenue streams and increase consumer engagement.

“In the process of building a car-sharing service, we have built a lot of the underlining infrastructure,” Sheikha said in the Euromonitor interview, referring to Careem’s mapping, messaging and payment capabilities. “We can build more businesses on top of it. We will build some verticals ourselves, but we are also building a framework upon which others can build upon our platform, so we are not the only source of innovation.”

An example of how Careem leveraged existing infrastructure is its $150 million investment to build out its delivery platform, Careem Now. Launching initially in Dubai and Jeddah, Careem’s existing 33 million customers will be able to log in automatically and have payment details and addresses auto populate into the app. While consumers can only order foodservice through the marketplace model today, it does plan to expand into the delivery of goods as well.

Delivery is only rising in importance. As such, a key strategic debate for many retailers and foodservice operators is whether to create their own networks for delivery or use a third-party service. One advantage a player like Careem would have over a traditional retailer would be its built-in mapping capabilities that it developed and deployed for its ride-sharing business. From a consumer standpoint, a super app like Careem could offer a less fragmented experience.

Careem aspired to mimic what Grab and Go-Jek have been doing in Asia, but it has been facing competition from existing local players that offer similar services as well as Uber itself. While the two are now joining forces, Careem and Uber will operate their respective regional services and independent brands, meaning Careem will likely continue its strategy toward becoming a super app. The acquisition by a global brand like Uber may help accelerate some of those plans for Careem while at the same time enabling Uber to take some of these local lessons to other countries where it already operates.